During commentary of the Singapore Grand Prix, There was a discussion of the differential between a real life performance versus FF1M performance and also a query as to why a fictional driver was appearing in FF1M, where that driver had come from, and why.

These two points kind of revolve around the same thing. Above all FF1M is a Formula 1 management game. And like other such sports management games whilst the starting point is very much based around the real world, as soon as the game begins things start to differ. In older versions of Football Manager for example, Lionel Messi still has the potential to be a great player but unless you play him in the right way, develop him correctly, he will never hit the heights that he has in real life. He has the potential for sure, but as soon as the game begins, his development will change depending on player actions.

The same is true in FF1M, whilst driver’s base performances are routed in factual evidence from the real world, as soon as they enter FF1M this will change. A driver who is, for example, rushed into FF1M too soon, will never hit the same heights as a driver who has been carefully developed and nurtured towards their potential.

I believe that part of the skill in succeeding in FF1M and indeed managing a real life Formula One team, should be, in my opinion is in choosing the right drivers for your team. However, I’ve noticed that people will often come into FF1M with pre-conceived ideas of who the fastest drivers will be. They will often pick their favourite drivers or a fast driver from real world Formula 1 when anyone looking at the form of that driver in FF1M may think they would be a poor choice. Certain drivers with recognisable names will be snapped up as soon as they appear on the driver list and as a result they suffer and never reach their potential where as other unfashionable drivers, like Cristiano Da Matta or Jarno Trulli who may not be so favoured have become successful multiple world champions because they were left to develop in FF2M.

One of the reasons therefore that I decided to introduce fictional drivers was to bring in drivers who didn’t have the baggage of a real world equivalent. To reward the skill of those team managers who choose to take the time to develop a driver rather than just choosing their favourites. These drivers have random baseline performances and go through two championships (FF4M and FF3M) before they become eligible for FF2M and then FF1M. Team bosses can follow these championships and get an idea of the form of these fictional drivers and choose based on this form, rather than their name.

Another comment during commentary asked for Tomas Gonzalez to be nerfed, and I’m sure this wasn’t serious but if it was, that would go against the whole purpose of introducing these drivers. Whilst Gonzalez did win his FF4M regional series, he did not win the most races and perhaps wasnt the fastest driver in that series, and he did not win his year in FF3M, but in FF2M he excelled, why? because his team manager took the time to develop him and give him test mileage, and took an interest in his progress.

This is the main reason for introducing fictional drivers. There are others. For example, the reduced amount of drivers available from real life and the proximity to the present day meaning that it is not easy to assign real drivers their performances. Romain Grosjean’s performance was mentioned as being higher than his real life counterpart. I would dispute this, the fact is that when he drove for Lotus he looked like he would be one of the bright stars of the next era of F1. Now in 2021 he’s regarded as a bit of a meme, because of his time at Haas. Perhaps if I was assigning his performance now, it would be different, but maybe not, he certainly had the potential but his career didn’t quite go the way he planned. This is one of the things I have to think about when assigning performances, what is their potential, how might different cars or choices affected them.

There might come a time in FF1M when I decide to remove real world drivers altogether. I think If I was starting FF1M again I might not have included real world drivers knowing what I do now. Who knows what the future will bring. 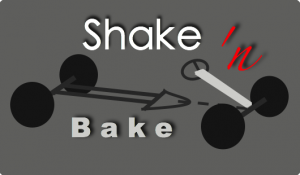