Monster Energy Mitchell Racing today announced that Nick Heidfeld will replace Jaime Alguersuari for the rest of the season.

Team boss Mitchell confirmed the decision to shareholders prior to the British Grand Prix at the weekend.

The move sees Alguersuari remain with the organisations FF2M team for the rest of the season replacing Jolyon Palmer who moves back to Ajay Motorsports where he drove in FF2M Asia. 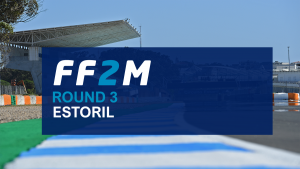